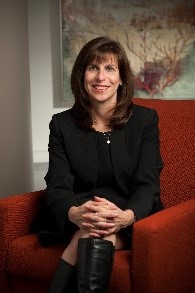 Gail Mandel is the Executive Chair for PureStar Linen Group. She is also Managing Director of Focused Point Ventures, LLC a business advisory and consulting services firm. Prior to the 2018 Wyndham Worldwide (NYSE: WYN) spin-off transaction, she dedicated the last 25 years to Wyndham. Most recently, she served as the President & CEO of Wyndham Destination Network (WDN), the world's largest provider of professionally managed, unique vacation accommodations with over 120,000 properties in over 100 countries. During Gail's four-year tenure as CEO of this $1.6B revenue division of Wyndham, the division delivered four consecutive years of organic earnings growth which was more than double the prior four years. While leading the WDN team of 10,000 employees and generating 60% of its revenue outside the US, she introduced and implemented the strategy of "Leveraging Our Strengths" which focused on cross- functional collaboration as well as maximizing and customizing innovative activities to enhance the needs of the diverse product offerings. Prior to this role, Gail served as the CFO of Wyndham Exchange & Rentals ($1.5 billion revenue division) and held senior finance positions at Wyndham Worldwide, Cendant Corporation and HFS Incorporation. She began her career as an auditor at Deloitte & Touche and earned her CPA in New York. 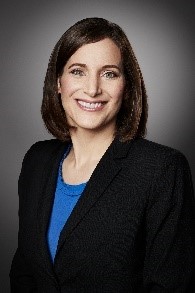 Emily Pollack is a Managing Director of Cornell Capital. She has over 15 years of M&A and private investing experience. Prior to joining Cornell Capital in 2017, Emily served as a Vice President of Harron Communications, a regional cable company, where she was a member of the senior leadership team responsible for M&A and financing activities, legal matters and operational management. She began her career at Davis Polk & Wardwell in the Mergers & Acquisitions group and previously worked at American International Group, Inc. (AIG). Emily was recently recognized as one of the Wall Street Journal’s Women to Watch in Private Equity. She is a Director of Talcott Resolution, Spectrum Automotive and PureStar Linen Group.

Emily holds a BA from the University of Pennsylvania and a JD from Harvard Law School. 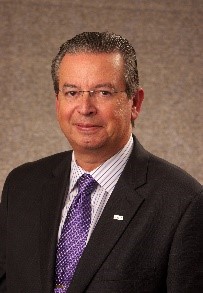 George Chavel served as the President and CEO of Sodexo North America from 2007 to 2016. Sodexo is a worldwide provider of integrated food, facilities management and other services with $15bn of enterprise value. He joined Sodexo in 1991 and held a wide range of leadership positions. Prior to Sodexo, he spent seven years in the restaurant franchising industry, and worked for Arthur Andersen. In addition to PureStar, George currently serves on the boards of Giant Eagle, Restaurant Technologies and Valet Living. 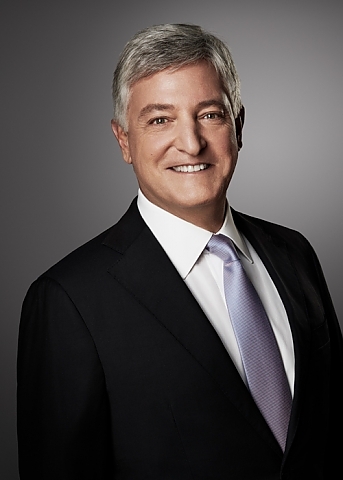 Henry Cornell is the Senior Partner of Cornell Capital. Prior to founding the firm, he was the Vice Chairman and one of the original architects of the Merchant Banking Division of Goldman Sachs. Henry has over 35 years of experience across all aspects of private equity investing in a broad array of industries. He began his career as an attorney with Davis Polk & Wardwell before joining Goldman Sachs’ Investment Banking Division in 1984. He moved to Tokyo in 1988 to found Goldman Sachs’s real estate efforts in Asia, and then moved to Hong Kong in 1992 where he founded Goldman Sachs’ principal investment business in Asia.

Under his leadership, Goldman Sachs made numerous landmark investments in the region, including Industrial and Commercial Bank of China (ICBC), Kookmin Bank, Ping An Insurance Company of China and Sanyo Corporation. Henry returned to New York in 2000 as the Head of Private Equity Americas and Asia, and as a member of the Global Investment Committee. He was subsequently named Vice Chairman of the Merchant Banking Division. Henry’s notable US investments while at Goldman Sachs include Allied World, Barrett Energy, Cobalt, Kinder Morgan, MRC Global and USI.  Henry is a Director of Corelle Brands, Blue Mistral, MRC Global, PureStar Linen Group and Talcott Resolution.  Henry is a member of the Board of Trustees of Mt. Sinai Hospital, the Whitney Museum, The Asia Society and the Navy SEAL Foundation, and is a member of the Council on Foreign Relations.  Henry holds a JD from New York Law School and a BA from Grinnell College. 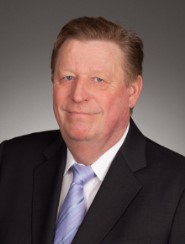 Henrik Slipsager served as the President and Chief Executive Officer of ABM Industries Incorporated from 2000 to 2015. Prior to joining ABM Industries, Mr. Slipsager was President of 2M-Invest and held roles of increasing responsibility at ISS, a Copenhagen-based cleaning and food service facility management company. Henrik is the Chairman of the board of CSC Serviceworks, a leader in commercial laundry solutions and air vending services, and Impark, one of the largest parking management companies in North America. He also serves as a member of the board of directors of Briggs & Stratton Corporation, Lithko, and Artic Glacier. Mr. Slipsager has an M.B.A. degree (equivalent) from the Business School of Copenhagen. 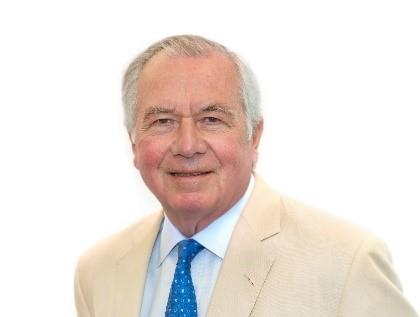 Jean-Paul Montupet was Chair of the Industrial Automation business of Emerson and President of Emerson Europe prior to his retirement in December 2012. Jean-Paul joined Emerson in 1981 and served in a number of senior executive roles at the global technology provider. He serves on the boards of IHS MarkIt, WABCO Holdings Inc. and Assurant, Inc. and previously served on the board of Lexmark International, Inc. In addition, he was the non-executive chair of the board of PartnerRE Ltd. until March 2016. 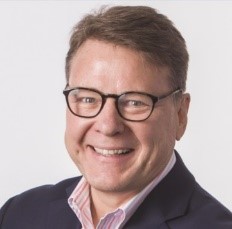 Conrad Wangeman is a nationally recognized hotelier whose career spans decades operating both individual flagship hotels and multi-property regions with revenue streams approaching 1 billion dollars.  Most recently Conrad served as Area Vice President of Operations for Hilton’s full-service, managed properties in both the Northeast and West of the United States. Previously, he spent 21 years as General Manager of numerous Hilton hotels in key urban destinations across America including the 2000-room Hilton New York Midtown.  Conrad also held operational responsibility for Meritex Centralized Laundry in Piscataway, New Jersey which services the linen and laundry needs for Hilton hotels in the greater New York area. A graduate of the Cornell University School of Hotel Administration, Conrad is currently on the Board of PureStar, Ronald McDonald House of the Greater Hudson Valley, a member of the Cornell Hotel Society, The Waldorf-Astoria Alumni Society, Tavern Club and the Bohemian Club. Previously he was a Fellow at the Culinary Institute of America and served on the boards of the Avenue of the Americas Association and the New York Hotel Association, in addition to serving as President of the Greater Pittsburgh Hotel Association. 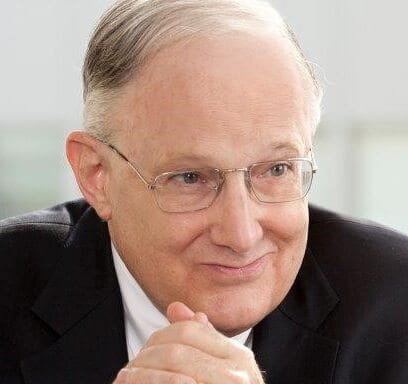 Board Member Jan Baker spent his legal career practicing at several large international law firms, specializing in matters relating to corporate restructuring, governance, and ethics. In 2017, he retired from Latham & Watkins, where he had been global co-chair of his practice group. Prior to joining Latham, he had been a partner at Skadden, Arps, Slate, Meagher & Flom, and, before that, a partner at Weil, Gotshal & Manges. Since retiring from Latham, he has served as an independent director for a variety of public and private companies as well as non-profits. In addition to PureStar, he currently serves as an independent director of Cyprus Mines, Inc., a wholly-owned subsidiary of Freeport McMoRan, Inc., and a director of the Hastings Center. Since leaving Latham, he has also been a director for Cumulus Media, J Crew, TOMS, and a variety of other companies. 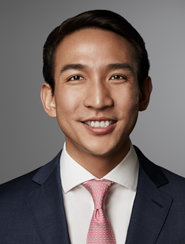 Rob Wang is a Principal at Cornell Capital. Prior to joining the firm in 2018, he worked at Serafima Investments, where he focused on public equity investments, and Lindsay Goldberg, where he focused on private equity investments in North America and Europe. Rob began his career in Morgan Stanley’s Investment Banking Division in New York. Rob holds a BS in Business New York University, Leonard N. Stern School of Business. 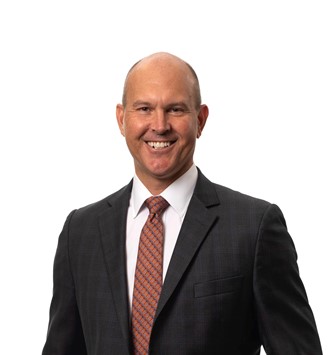 Brian Herington was appointed PureStar’s Chief Executive Officer and to the Company’s Board of Directors on September 16, 2020.

Brian has more than 30 years of industrial and commercial experience leading complex, technology-driven businesses both regionally and globally. He most recently served as Senior Vice President and Chief Commercial Officer of Univar Solutions, a publicly traded, global distributor of chemicals and ingredients, following Univar’s acquisition of Nexeo Solutions, where Brian served as Executive Vice President of Chemicals from 2016 to 2019. Prior to that, Brian was a Region Division Head, Americas at ABB and a President at Thomas & Betts. Earlier in his career, Brian spent more than 20 years in various positions of increasing responsibility in the United States, Latin America and Europe at General Electric, SABIC, a portfolio company of Sun Capital, and Amoco Chemical. He has a B.S. from Illinois State University and an MBA from Ashford University. 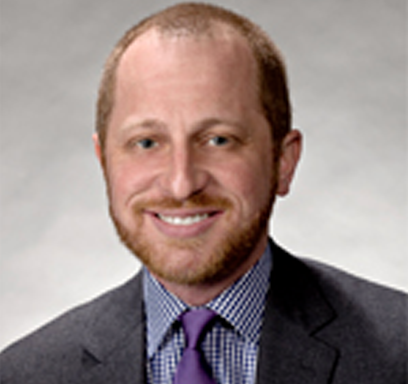 Eric Goldberg serves as Senior Advisor to PureStar’s board.  Previously, Eric served as Chief Growth Officer of PureStar, and prior to that as Co-CEO of Atlantic City Linen Supply, LLC. In a prior role, Eric served as Executive Vice President at Geoffrey Weill Associates, a travel and tourism marketing consultancy. Eric holds a BA from Hofstra University.